Synthesis And Cleavage Of Solid-phase Polypeptide

Technical Knowledge 2022-07-06 18:26:55
Polypeptide is a chemical substance composed of amino acids, which is ubiquitous in organisms. Up to now, tens of thousands of polypeptides have been found in organisms, and it has extensive biological activity and good safety.

In 1963, Merrifield proposed a solid-phase peptide synthesis method, which opened up a broad space for peptide research and greatly promoted the development of molecular biology and other fields. For this reason, Merrifield was awarded the Nobel Prize in chemistry in 1984.

Since the 1990s, with the gradual maturation of polypeptide synthesis technology, more and more active polypeptides have been developed and widely applied in the fields of medicine, food, cosmetics, agriculture, animal husbandry, and so on. Solid-phase polypeptide synthesis method has also been widely used. In this paper, the solid phase synthesis and cleavage of peptides are introduced according to Solid Phase Peptide Synthesis Reactor. 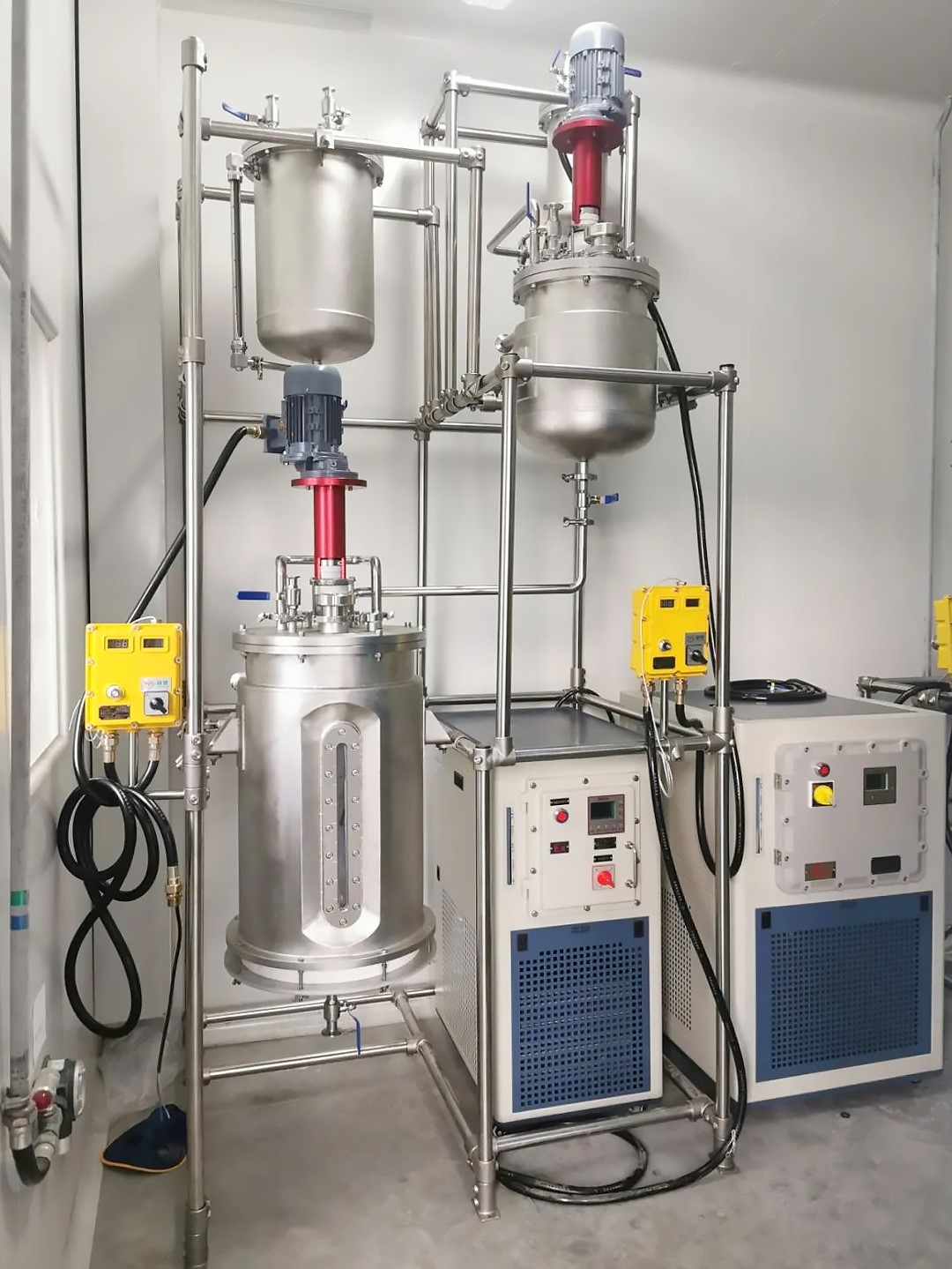 Dissolving the amino acid in a certain volume of DMF, adding a condensing agent for activation, putting into a solid phase synthesizer, supplementing DMF to the reaction concentration, and stirring for reaction.

After the synthesis, the resin was cross-washed with IPA and DCM to complete the resin contraction and discharge to the stainless steel tray.

Drying the resin in a vacuum drying oven at room temperature, weighing after drying, and calculating the yield.

The operator shall clear the site in time after the operation.

Discharging that reaction solution aft the cracking, filtering to remove resin, and washing with TFA.

Transfer that cracked liquid to a rotary evaporator for concentration to a small volume at room temperature.

The concentrated reaction solution is poured into pre-cooled methyl tert-butyl ether (abbreviated as ether) and stirred to precipitate a large amount of solids.

The turbid liquid is centrifuged and washed with pre-cooled ether.

The purified crude peptide was transferred to a vacuum drying oven for drying at room temperature.

The operator shall clear the site in time after the operation.

In the actual production process, the cracked crude peptide also needs to be subjected to such processes as purification, concentration, filtration, and freeze-drying, which will not be described in detail in this paper.

PreviousWhat Factors Should Be Considered When Choosing A UV Spectrophotometer

NextWhat Is The Airlift Fermenter?